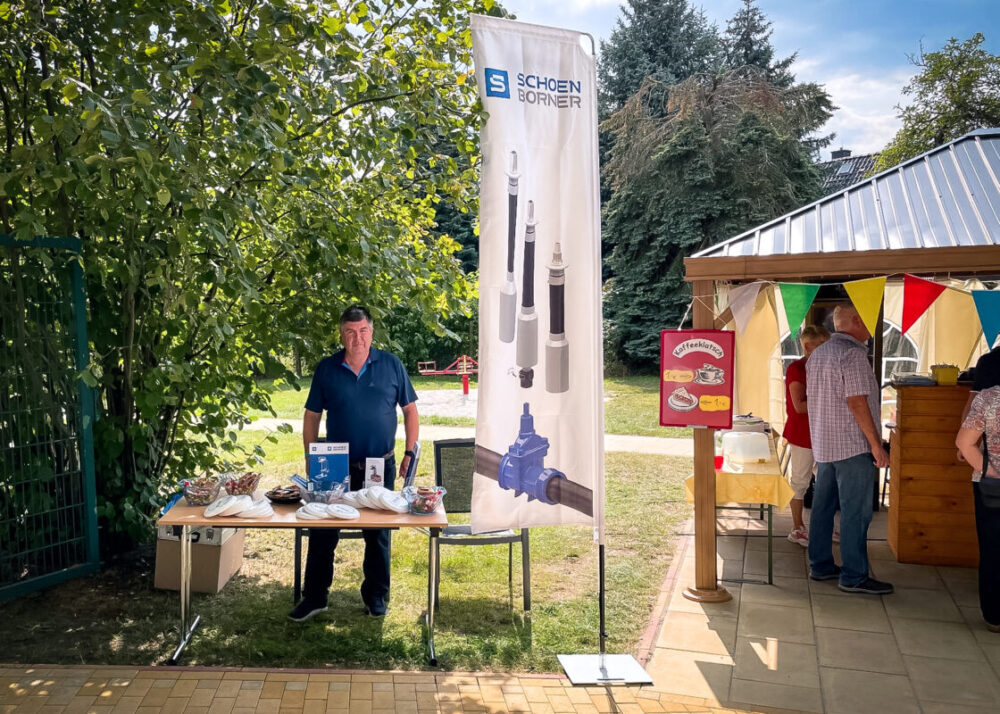 On August 21, 2021 the time had finally come. The new playground in Hennersdorf, a district of Doberlug-Kirchhain, was inaugurated. What was left of the former Hennersdorf kindergarten from the 1970s has now been transformed into a playground for children with lots of new play equipment. For many years, the local advisory board has repeatedly put the playground and its renovation on the wish list for budget planning in the city of Doberlug-Kirchhain. In the budget for 2020, Hennersdorf was finally taken into account with 15,000 euros for the renewal of the playground. This sum was only enough for the bare minimum. With the support of helpers and sponsors, an attractive playground was created. In addition to Schönborner Armaturen GmbH, the sponsors included well-known companies such as Jürgen Torner GmbH, Märkische Kies- und Sandsteinwerke GmbH, Pro-Beton Produkte aus Beton GmbH & Co. KG Brandenburg, HIL and Sparkasse Elbe-Elster. The sponsors added 7,980 euros in monetary donations and 1,861 euros in benefits in kind.